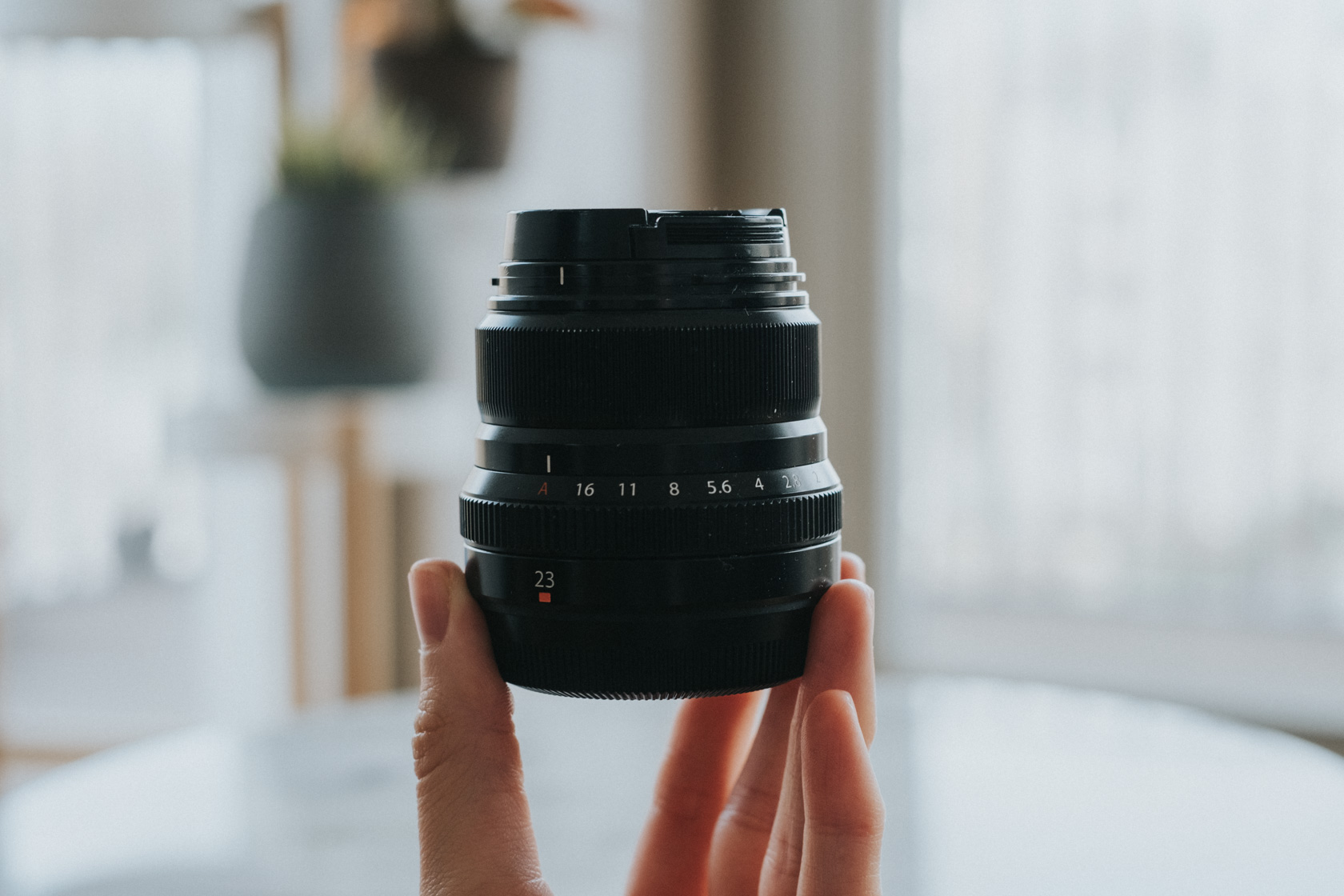 Fuji’s 23mm f2 WR landed in my photography kit after I booked a trip to Iceland, and knew I’d need a solid set of Fujifilm lenses that could withstand the snow and rain of a really rugged climate.

That is to say: I originally brought this lens out of necessity, rather than passion.

But after using this lens for over 4 years in a wide variety of situations, I’ve warmed up to it quite a bit and gotten to know its strengths and limitations.

And that’s why I think this will be the most thorough and hands-on Fuji XF 23mm f/2 lens review you’re going find on the web.

I’ve always loved Fuji’s fast primes, so it was a surprise to me to warm up to this lens like I did. But it wasn’t immediate — I had to put it through its paces before it really earned a spot as my go-to lens.

In this article I’ll share the good and the bad, as well as direct comparisons with its most popular alternatives.

Look, there are a ton of things to love about this little, weather resistant prime lens by Fuji.

However, they aren’t weather resistant and don’t have the same speed of auto-focus as the newer generation of lenses: the 35mm f2, the 16mm f2.8, and the 23mm f2 lens we’re talking about today.

The newer generation of lenses is also much more compact, thanks to sacrificing a little bit of aperture.

So first, let’s talk about the positive aspects of this little lens: the focal length, autofocus, price, size, image quality and bokeh.

Then I’ll also make a direct comparison between the 23mm f/2 and its two closest competitors for that spot in your collection: the 23mm f1.4 and the 35mm f2.

First off, 23mm is an extremely versatile focal length. It’s a wide-angle lens that you can still use for portraits of people without it looking unflattering.

Plus in situations like travel, you can fit just about anything in the frame without a ton of distortion. It’s so nice when you can pop a photo into Lightroom and don’t need to mess with the perspective, such as the photo below:

The autofocus is one of the main upgrades you get if you choose the Fuji 23mm f/2 over the f/1.4.

In fact, the autofocus of the 23mm f/2 is even better than that of the 35mm f/2, which received a lot of praise for its autofocus when it was originally released.

It’s so quick and silent, you’d honestly never even realize it’s done its job. Plus the mechanism is totally internal, so you don’t have any external lens movement the way you do with Fuji’s 35mm f1.4.

The fact that the autofocus is so good, as well as silent, makes this an excellent lens for shooting video.

In fact, it could be the best non-stabilized (OIS) lens for video that Fuji offer. And with the fact that new Fuji cameras like the the just-released-in-2020 Fujifilm X-T4 comes with in-body stabilization, you might just have a perfect combo for getting into video with the pair.

In many cases, the f2 varieties are approximately half the price of their “faster friends”, and the 23mm lens is no exception. If you choose to buy the Fujifilm 23mm f1.4, you can expect to spend approximately twice as much.

If you’re on the fence between the f2 and f1.4 versions of the 23mm lenses, I’ve got a side-by-side comparison of the features later in the article. But if you’re in a hurry, you can quickly compare the current prices on Amazon.

If price isn’t your main motivating factor, here are a few more reasons the Fujifilm 23mm one of my most-used lenses.

There’s no question, one of the main selling points of the 23mm f/2 is the fact that it’s so small.

Holding it in your hand feels like cradling a baby dragon egg — it’s small but dense. You can tell this lens is made like a tiny tank, completely from metal and ready to withstand getting banged up a little bit.

As is the case with most Fuji lenses, the build quality and materials are far superior to what you’d find in its competitors (which tend to make even expensive lenses out of plastic, who knows why).

Weather resistance (denoted as “WR” in Fuji’s lens names) is one of the main reasons I bought this lens in the first place. I was traveling to Iceland in February (yes, I’m crazy like that), and knew this lens would be subjected to the elements.

I could’ve never expected exactly how much abuse this lens would suffer at the hands of Icelandic Winter weather, but it performed incredibly. Check out this photo taken inside a waterfall during a snowstorm:

I’ve always been a fan of Fuji’s 35mm f1.4 lens, and still consider it my favorite lens that Fujifilm makes.

That’s in no small part due to the fact that I adore the look of its bokeh. It’s got some of the most beautiful bokeh of any lens, mirrorless or not. I always joke you could take a picture of trash on the sidewalk and the 35mm f1.4 would make it look like a piece of art.

So how does the bokeh of the Fujinon XF 23mm stand up?

I’ll let you decide for yourself. It’s certainly no “bokeh monster”, but at a close focus distance you can certainly see a clear separation between the subject and background:

Personally, I think it looks great. Of course it’s not as creamy as an f/1.4 lens might give you, but it’s way better than any f/2.8 lens will give you. That’s the compromise with these weather-proof primes.

Is it going to give you the same kind of effect for portraits? Probably not, especially as you might not want to be this close to someone’s face with a 23mm lens.

If you want to get a 23mm primarily for portraits and the bokeh is extremely important to you, my advice is to buckle down and buy the Fujinon XF 23mm f1.4 R instead.

Otherwise, you might find yourself really happy with the f2 variety.

Cons: What you’ll want to consider before buying

The main issue that’s been documented with the Fuji 23mm is that it has a bit of softness at f2 and a close focus distance. Essentially, it means you won’t have as sharp of details if you focus super close to something and you’ve got the aperture set to f2.

For the majority of cases, you’ll probably never notice this.

However, if sharpness at f2 and a close focusing distance is really important to you, you might want to consider choosing the Fujifilm 23mm f1.4 instead.

Scroll down for a deeper comparison between Fuji’s two 23mm lenses:

In my opinion, the right lens for you between the will come down to two factors: weight and aperture. You really have to decide for yourself whether you need the f/1.4 or not, and are willing to pay in terms of price and weight.

My tip: If you want to travel, shoot street photos, or get an “everyday” lens, choose the f/2.

Alternatively: If you want to shoot portraits, need more bokeh, and want the extra IQ, choose the f/f1.4.

Here are the specs for each Fuji lens side-by-side:

When it comes to deciding between the Fuji 23mm vs 35mm, the main differentiator is really the focal length and autofocus.

A photo taken with a 23mm lens is going to look different than one taken with a 35mm, especially at wider apertures. So it’s really up to you whether you prefer a wide-angle lens or a more cinematic focal length.

If you’re going to be shooting video, you may want to stick to the 23mm f2 because of its superior and silent autofocus. Otherwise, the photos with both are beautiful.

Verdict: When is the Fujifilm 23mm f2 a good fit for you?

I personally loved using this lens for the past few years, primarily because it is so light and compact, with a very flexible focal length and an aperture just wide enough that I can still use it in a lot of low-light situations.

Even though I’ll still reach for an f1.4 lens when I really need that look, the reality is that it’s not necessary every day. If I’m out and about, the 23mm lens is the one I’ll put in my bag.

The only real downside comes if you are very, very much into bokeh and shooting portraits, in which case only an f1.4 lens could satisfy you 🙂

In case you’ve not made a decision yet, here are a handful of my favorite photos from my trip to Italy last year, taken with. the Fujinon XF 23mm f/2 WR lens.

Where to buy this lens

Personally, I buy all my lenses new on Amazon.

There are occasional deals (do subscribe to my newsletter if you want to stay up to date on that!), but for the most part, there is a “lowest” price that Fuji offers their lenses at and it’s pretty consistent across the internet.

Did you enjoy this post? Let’s keep in touch. 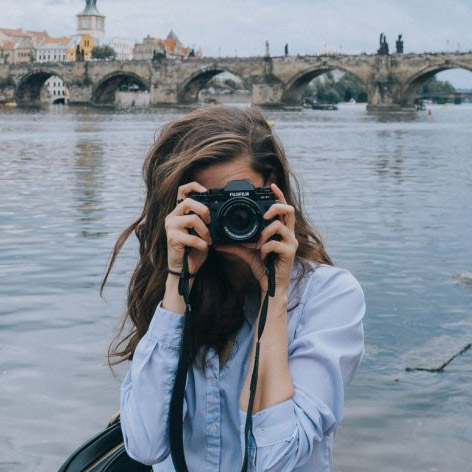